What are you prepping for? Looking beyond the stereotypes

We’ve had loads of really awesome feedback from you guys on our blog posts over past few months, and one of the same questions seems to keep appearing over and over. Not necessarily the same question but revolving around the topic of what people are actually prepping for.

We’ve touched upon this in a number of posts, but haven’t until now hit the topic head on. In this post then we will look at both the quintessential idea of prepping for doomsday, but then move the thought process onto how prepping is actually relevant in the modern world from day to day. Which it really is. The number of things that fall under the umbrella or prepping is huge.

You’ve all probably seen films like 2012 or The Day After Tomorrow, this is the sort of thing you may want to prep for. Sure they are highly unlikely, and the films dramatise them to make them more Hollywood, but really with all the changes to the climate, who knows what’s coming?

The other hot topic in the world of prepping is Economic Collapse. Before 2008, there seemed a relative calm and stability in the worlds markets. Well since then, things have kind of gone to pot. Some of the biggest economies in the world like America, China, India and the EU have all been battling against economic collapse (some countries are even failing). This is what people are worried about. Like in Greece, what if the banks shut, which means shops shut, which means people starve. This isn’t something dreamt up in a movie writers studio. It can happen. This is what people are now prepping for. Doesn’t seem so far fetched when you think about it!

What we mean by everyday prepping is preparing yourself for as many potential situations as possible that could happen any given day.

An example of this could be your car has broken down in winter and there isn’t any help coming for a few hours. A prepared person would have some food and water in the car, as well as a warm blanket or jacket.

Staying with the car example it could even be as simple as keeping de-icer and an ice scraper in your car ready for winter, instead of rushing around 10 minutes after you were supposed to leave because you can’t find them and your screen won’t defrost. 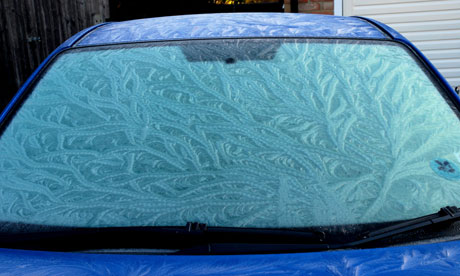 If you answer yes to any of these then you have started prepping somewhat. It doesn’t’ have to be for the TEOTWAWKI (The End Of The World As We Know It), it can simply be for little things.

Everyday prepping is a growing sub-topic of the general ‘Prepping’ umbrella. Why? Because, it’s smart, useful and it just makes an awful lot of sense. Most people do it everyday and don’t realise or call it prepping.

It’s easy for people to assume that prepping is outside of most people’s everyday functions but it isn’t. Prepping comes in many forms, and it really depends on your needs and wants as to how far you take it. Some people will take it all the way to building their own bunkers; some will stockpile lots of food, provisions and make escape plans; some will have a bag full of essentials, and others will have little bits in their car or in a specific place for those just-in-case moments.

Hopefully this post goes some way to clearing up exactly what people and you can prep for, because scratch the surface and you’ll be surprised how much you actually prep.